I forgot the cardinal rule of programmers.

Last year, I spent several months editing the work that eventually became Memory’s Hostage. But did I take notes on the editing process? Record how long it took to accomplish the various phases? Analyze which stages I dealt with easily, and which I groaned my way through?

Of course not. It was my first time, and it was more of a blind groping of the cave wall than a documented meta-process.

So now’s my chance!

Haha. This year, I am feeling just as loathe to document my progress in editing my novel, due to the fact that it feels so agonizing and slow. As I mentioned in my recent newsletter (What?! You’re not a subscriber yet? Remedy that, stat.), I have managed to eke out two lessons, however.

I had some lovely editors who returned the manuscript to me earlier than the due date. These first four sets of comments I clumped together, as I should, into themes and parts of the book (beginning, middle, and end comments), and first tackled the beginning comments.

However, the next two sets I received, I went through the entire text with their comments instead of either fitting them in with earlier feedback, or waiting to do a second collation with the last four sets of comments (Yes, eight alpha readers. Call me crazy).

This led to a skewing of importance of the latter feedback, as well as an incomplete rehashing of the text with the earlier comments. So, now I’m having to go through ALL the comments at the same time as I go through the text for what feels like the sixtieth time since May 1st.

I should have simply waited. But you know how patient authors are rumored to be.

2) Be firm about the type of feedback desired, then follow those guidelines yourself.

I found a helpful page recently that describes the stages of editing:

It may be time to split out editors for these phases..! MT @KMWeiland: Stages of Editing @rachellegardner http://t.co/n9wmOOVwTp #amediting

To recap, the stages are structural, line edit, and copy edit/ proofread.

I made it clear when I asked my editors for help which one I was asking for: structural. This means themes, pacing, setting, character arcs, etc. Big picture.

And yet, I still got notes on typos and spellings and word choice. I know they are trying to be helpful, of course, but I couldn’t help myself. Instead of focusing on the big-picture comments, I went for the easier items to check off my list: Typos. Spelling discrepancies. Minor language choices.

So, my editors all went a little beyond the call of duty, and then I didn’t have the self-control to focus on what needed to be done first. Which means that now I am beating myself over the head with a shovel trying to do what needs to be done now. Oh, everything!

I should have ignored the proofreading edits and tackled the more thematic comments one at a time.

But you know how self-disciplined authors are rumored to be… 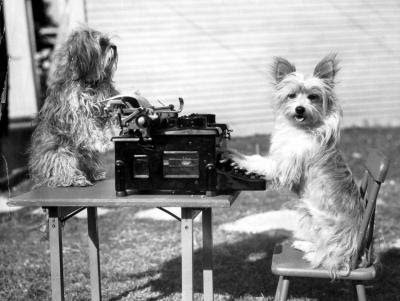