How Furniture Shapes Us

What is your favorite seat in the house?

Mine is a cozy wingback that I found on Craigslist last year. It is perfect for reading, napping, and tea-drinking. 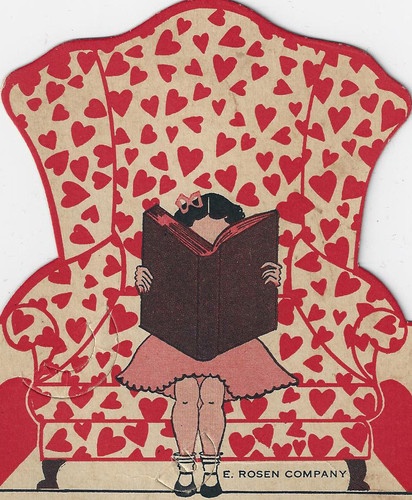 I am fascinated by the idea that while we shape our individual homes, the furniture of the times shape us in ways we may not think about. I’ve read Home and House-Thinking–both very good–and they’ve made me think about room layout and nesting in an entirely different way. And so here we are, with chairs from a different time, shaping people in a way we would probably refuse to stomach.

It came up again when I was in the Chinese garden the other day and saw the ornate, square, rigid wooden chairs that were exhibited there. They looked beyond uncomfortable. Wikipedia tells me that chairs were mostly used for ceremony and status until around the 16th century.

Here are a few interesting types that are no longer common, but perhaps should be. 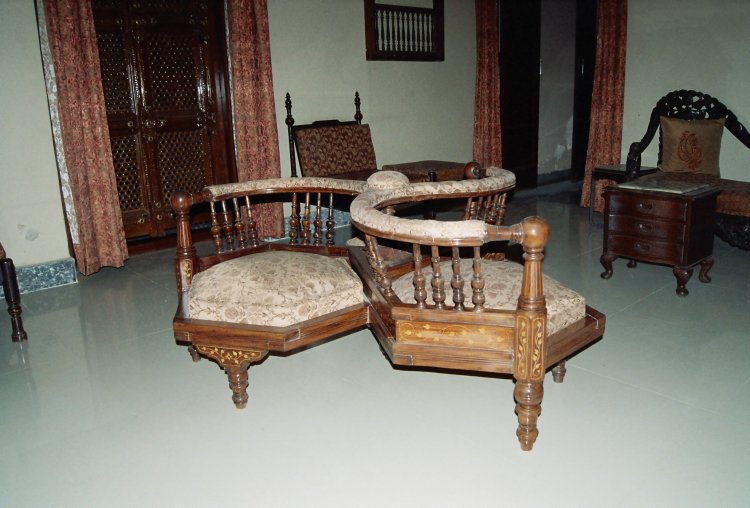 This is a rare three-seater gossip chair, perhaps 18th century. Has anyone seen one of these in person?? I could totally imagine the side whispers and meaningful glances that could go undetected in the parlor room…

This is a “caquetoire” from the French word Caqueter, meaning to chat as well. It didn’t facilitate the gossip unless you posed a bunch of these chairs together to face each other. No, the designation came from the triangular design: a narrow point at the back, and two wide points at the front, meant to accommodate those bothersome hooped petticoats known as farthingales. You know, the reason women had to turn sideways to get through doorways in the 16th and 17th centuries. 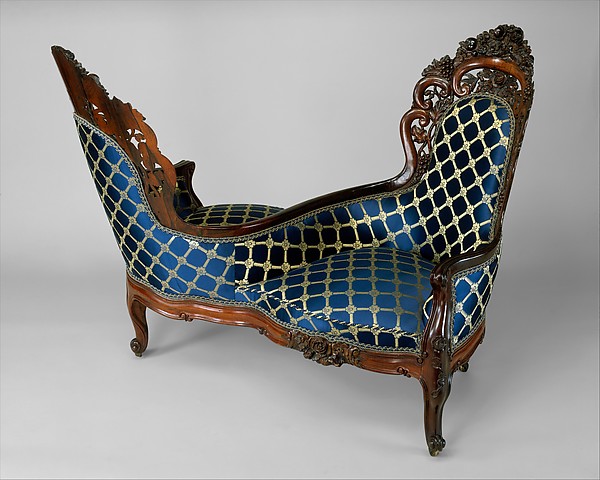 This one is a rich example from the 19th century, called a tete-a-tete, or a head-to-head. One can imagine “putting their heads together” come to life in this setting.

What could you imagine saying or thinking, or doing in this, that you might not in your normal chair?

They go by various names in different times and locations, but these are all forms that I no longer see in modern furniture choices (by and large). Why not?

I’d love to hear your thoughts on why. Lack of face-to-face interactions? Too much time in front of the computer? The fall from grace of the formal living room? The need to have everyone focus on the television?

And wouldn’t it be neat to have one of these and buck the trend??