I know some veterans, but I have never known someone killed on a battlefield.

This Memorial Day, I am thinking of a different kind of soldier, because two of those were just killed in the city where I lived: Portland.

“Three US men [were] attacked while defending a Muslim teenager and her friend on a train. Taliesin Myrddin Namkai-Meche and Ricky John Best were killed and Micah David-Cole Fletcher was severely injured in Portland, Oregon on Friday. They…intervened after a man launched into a verbal tirade against the teens, one wearing a hijab.” [source]

I was a little shocked by the closeness of such a crime, but it was only my friend Claire’s words of warning becoming visible: Portland is still infested with the white supremacists that founded this state. Then when someone I knew had known one of these fallen heroes, it hit me even closer to home.

I am tired of the metaphors of war. I doubt their effectiveness, even as they continue to mobilize parts of the population. But this war–on ignorance and prejudice, on arrogance and insecurity–is being fought everywhere. From the MAX train to my family’s Thanksgiving dinner table: 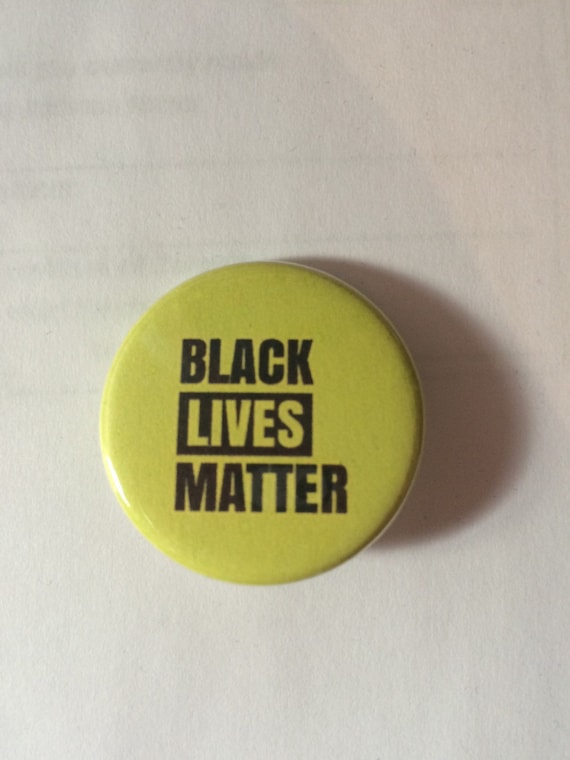 I’d been to a rally after the disastrous election and picked up a Black Lives Matter button. I had it on a puffy vest, and though I hesitated wearing it home for the holidays, I felt my hesitation as cowardice, and left it on the vest, packed into my suitcase for the cold weather.

When I wore the vest, the first glance of my brother-in-law, a former Marine and current Republican, produced a leaden silence. Then, my sister: “Really? I would’ve thought if anything you’d have an ALL Lives Matter one.”

How close can you get?

Me with my Americorps service, my international living, my frequent travel, my peacenik views… but I fallback on the simple analogies that explain the Black Lives Matter movement, and its reason for existing: black people’s lives are disposed of much more cavalierly than white people’s in America.

All lives do matter, but we don’t need to champion that message for some of those lives.  Black Lives Matter Just As Much.

Everyone. Deserves. To Live.

Here’s to America finding its way back to Liberty and Justice for ALL.