Celebrate the Light of Poetry

(I’m having an event on January 27th! See below) 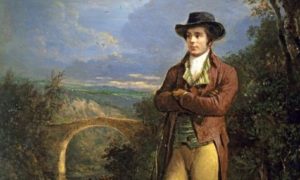 His best-known poem around the world is Auld Lyne Syne, which everyone sings in a drunken haze on New Year’s Eve. Another famous folk song traces its lineage back to Burns: A Man’s A Man.  It was composed at a moment when the fight for reform had to go underground. Its words are stubbornly hopeful for a brotherhood of equality:

Furthermore, when the Scottish Parliament was recently reconvened for the first time since 1707, this was the song that was sung. So moving. I sang it at my December event in SLO, and was so happy people decided to join in!

This year, I am getting involved in All The Happenings, but YOU can come join the fun at Backstory Books on Saturday, Jan. 27th. I will be hosting a book chat there, singing songs, and would love to have you come bear witness to Burns’ legacy as lover, fighter, champion of the poor, and speaker of Truth.

We can also celebrate the returning of the Light…and prepare for Imbolc! #celticyear