Memory’s Hostage is a historical mystery, and available as an ebook or in paperback format below. 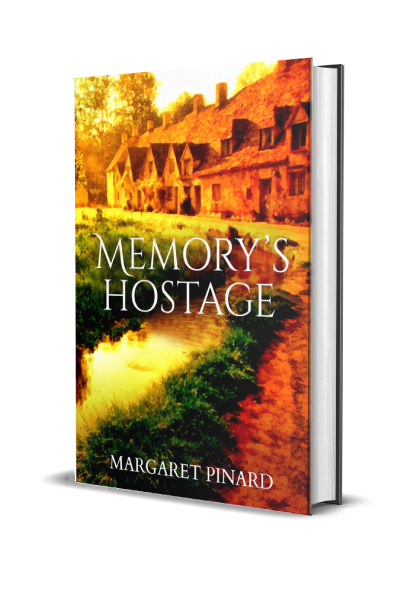 In the England of 1883, the MacFarlane family has earned a reputation for being titans of the rail, coal, and textile industries. Elder brother Henry toes the line in all respects but younger brother Horace has allowed a shadow to fall on their spotless record with his dalliances with the ladies. However, young Horace’s escapades are shoved into the background when a much larger scandal lands on the MacFarlanes’ doorstep, or in this case, their bathtub.
When a young woman is found with not a stitch of clothing nor a shred of memory in their house, the MacFarlanes must keep it secret while scouring their history and hers for any clues to why she was placed there.With nothing to tell the police, the young woman is consigned to a private recovery until the mystery of her identity can be unraveled. Unfortunately, the police investigating her case run into multiple threads of blackmail, a secret agent of Her Majesty’s Government, and an anarchist plot, all while trying to pierce the mystery. Can she trust the policeman on her case, Detective Barton? Or his superior officer, Sergeant Ragby? What about the MacFarlanes themselves, who seem to have something to hide…
Surrounded by people who may or may not be allies, she must find someone she can trust. Ultimately, she will have to choose whether to reinvent herself and move on or dive back into her past to find out who she is. With so many parties interested in her memory, the question becomes:
What does she know?